Linking to Mama Kat's Weekly Writer's Workshop: "A phone call you won't forget."
When you are in the process of adoption all you want is “the call.” The mere mention of that event can make your stomach knot and your heart rate accelerate. It is what you pray for every night, what you hope for every time the phone rings, and what you cannot imagine ever happening.
We experienced “the call” one Wednesday in March. The “there is a baby for you, would you like to know more about her?” call. It was exhilarating and exciting and amazing. We were ready for it, we longed for it, we had been preparing for it, and when it came all of our dreams seemed to come true.
A year and a half after “the call” we were settled as a family of three. We knew we wanted more children. Maybe one or two more at some point. We would start the process of adoption again when Isabel was about two, knowing it would take several months to complete it and bring home baby number two.
But God had other plans…
That spring, unexpectedly, Matt received a call from a church in a small town a few hours away that wanted to interview him. He felt it was time for him to make a change and he was praying about accepting. I was frustrated with the seemingly bad timing of the offer. If he accepted we would move in September which meant I either had to move a month before him to start at a new school in August or take a semester off and start in January, which meant living on one income for a while.
The same day Matt accepted the position at the church, I took a job at one of the high schools in our new town to start in January. We still had not figured out exactly how we would work out the timing but we had made the decision prayerfully and trusted the Lord knew what he was doing.
The night we took the jobs I was out for the evening when Matt called and asked me to come home now. Our social worker had called. She never called. E-mail was her normal way of contacting us so we got back to her right away. She proceeded to tell us about a two-day old baby boy that had been placed in their care by the same woman who made an adoption plan for Isabel, her birthmother. The agency had a policy to call the family of the first biological sibling in such cases.
“Do you want the baby?” she asked. This was “the call ” to be sure. But this time we were neither expecting it nor prepared and at first I didn’t know how to feel. A completely antithetical experience than our first one.
Did we want the baby?
We were about to embark on a new chapter of our lives where we would be experiencing several of the greatest stressors a marriage can go through: a new job, a new town, loss of one income, a house to sell, both a mortgage and rent, moving from a house to a two bedroom apartment, on the second floor, with two dogs and now a new baby and a toddler under the age of two.
This was a tremendous risk and by all rational thought a bad idea.
But how could we not?
This was Isabel’s biological brother. And while I am a firm supporter that family is not made by DNA, so many adoptees are never afforded the opportunity to meet, let alone grow up with someone who shares with them physical features and such a shared history. In a world where talking about babies inheriting grandmother’s nose or dad’s sense of humor is a main subject at family reunions, people who were adopted can feel isolated and out of place. How could we separate them? So we did.
We adopted the baby.
But in God’s amazing goodness, adopting this baby also meant maternity leave for me from my current job and with it, the opportunity to keep our health insurance and receive a little pay while we made the transition to our new city, finished the semester and started at a new school fresh in January.
We picked up Noah on a Saturday and we moved the following Saturday to our new apartment, dogs in tow.  Right away Matt had to report to church and begin work. I was home with the kids and the dogs. I thought I would go insane. I thought I would be lonely and sad. But those first six months in our new life were the happiest months I remember in a long time. We were broke, we were alone, and we only had one another. We grew closer as a family and closer to the Lord.
The day Isabel ate a blue crayon, threw up blue chunks and followed me sobbing with filthy little blue hands, while I attempted to keep the dog from eating her mess I realized I was not reacting the way I thought I would have with all that stress. I was laughing. I could see the humor in the situation and I could not wait for Matt to get home to tell him about my day.
While I will never forget the first “call” because of what it meant for our family of two, it was the second one that sticks in my mind as the most wondrous and memorable one. It came not at the right time by logical standards but I serve an illogical God whose timing is perfect and whose plans and ways are higher than mine and I praise him for that each time I look at my precious boy. 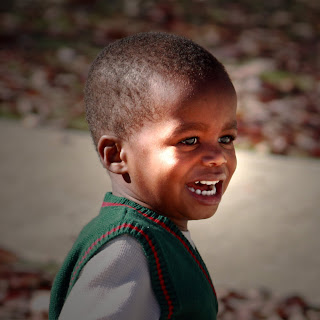 that is a wonderful event thanks for sharing!

What a fabulous story! I love that God gives us hidden blessings when we least expect it! :)
Stopping by from Mama's . . .

Gaby- I emailed you :) Thanks for posting this!

What an amazing story. There have been lots of parenting moments where I've laughed because otherwise I wouldn't be able to stop crying.

Your son is absolutely adorable!

What a wonderful story. It's so nice that you adopted your children and can give them a good home.

Awesome story! God has a great way of working everything out for us!

Can i have permission to quote this line?

"I serve an illogical God whose timing is perfect and whose plans and ways are higher than mine..."

I really wish this had the capabilities of responding to you all individually, but it does not.

@Cheryl, thank you. He knows he is adorable, too!

@Jessica, thank you. They have blessed us more than we have ever blessed them!

@Wonder Woman, sure! The first part is mine, but the second part is Isaiah's. I'm sure he would not mind, though :). By the way, I am patiently waiting for a post in Make Me! You are one funny lady.

Great story, and the way you tell it, the detail, I could feel it.

So happy for you and your children...you're son is adorable.

So wonderful! God's timing truly is amazing, and I love when He surprises us!

I can relate to being away from family in a new town. After I joined the Air Force, Matt and I moved away from family, and I, too, count that time as some of our happiest. Yes, it was before kids, but I found having to depend on each other and God alone brought us closer together, as well.

Love this ... love reading about God continually moving in your life, showing up when you least expect it and using the unexpected to make life even more full.

Wow, tears in my eyes. Visiting from Mama Kat's (and so glad I did)!

What an amazing story.