Today I'm joining with Lisa-Jo for Five Minute Friday. You have five minutes to write. This week's topic: Bare. 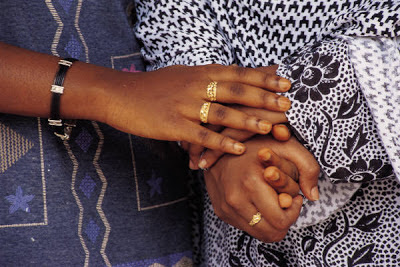 If I bare my soul to you, would you still love me? If you knew all my shortcomings, my mistakes, my past sins, would you still call me friend? Could you bare your heart to me and trust that I would not betray you or discard you? Could we be that transparent with each other?

There would be healing if we were.

I would hold you and tell you that you are not alone. You would take my hand and tell me to forgive myself for I have already been forgiven.

We would cry together and remember that a burden shared is lighter on the shoulders.

But we walk past each other with the mask of a smile. We say “fine” and “great” and “wonderful” when we mean “broken” and “hurt” and “ashamed.”

And I don’t know why.

Sister, let me into your world. Let me be your safe place and be mine as well. Let me pray for you and feel your prayers over me. I covet your arm around my shoulders holding me up when I want to crumble. I yearn to hear Christ speaking through you with words of peace and comfort and renewal.

And I long to speak such love and healing into your life as well.
by Gaby 14 comments:

For the heart in chains...

It's so easy for a heart to be put in chains.

It only takes an unkind word, an unjust situation, an unfair accusation for a heart to go in bondage under the pain.

It is heavier than a boulder inside your chest. The iron shackles surround it and threaten to drown it in grief.

The offender wraps the first few chains around it and we add the rest link by link.

Relishing the idea of a confrontation where we come out victorious, but forgetting that when a relationship is broken, nobody really walks away the winner. The real confrontation is rarely as we imagined. There is no penitence on the offender's part, no ready apology, no bowed brow or downcast eyes. There is defensiveness, and frustration, and truth flung back at us that we may not want to hear. It is often messy, always hurtful, and many times disappointing.

So how will this heart lose the chains of having been wounded that are pulling it deeper and deeper into darkness?

"Come to me, you who are weary and burdened and I will give you rest," He said.

There is no heavier burden than un-forgiveness. There is no more wearisome life than the life of the offended.

"For my yoke is easy and my burden is light," He said.

There is no harder yoke than the yoke of self-righteousness. There is no stronger bondage than the bondage of anger. And there is no emptier existence than the existence of those who don't know how to unburden themselves of these shackles.

"I have come that they may have life to the fullest," He said.

When a heart is drowning in the pain resulting from living with others just as flawed and sinful as itself, grab onto Him who is Life himself and let Him pull you out of the mud of tears and the mire of shattered friendships, and set your feet right back onto the rock of his grace and forgiveness that will then flow out of you and onto others and...

Set you free.
by Gaby 9 comments: