Five Minute Friday: When I look in the mirror... 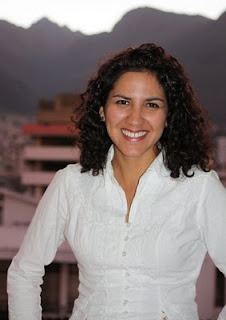 When I look in the mirror I see a woman who feels younger than she is; who still sees a young girl even though the world says she is an adult and often struggles to act like one.
I see a mother who looks nothing like her children and who often has to explain why.
I see a wife who shows the signs of ten years of marriage: laugh lines and worry lines intermingled but would not change a single minute of it.
I see a child who loves her momma and still needs her.  I see a friend who is deeply loyal. I see a prayerful sister in Christ.
I see someone who speaks before thinking, acts before measuring the consequences and often has to take back, undo, and eat words. I also see a big heart who grieves with each of these situations.
I see someone who has made many mistakes in her life but has received much forgiveness and grace. And I see someone who has learned to forgive in equal measure.
I see a person who has much more to learn and much room to grow and who is trusting that “He who began the good work in her will be faithful to complete it” as He has promised.
I see someone who has learned to like what she sees when she looks in the mirror by the love and mercy of the God who created her in His image.

Created in his image, and that is what makes us beautiful. Yes!

Thanks for visiting, Elouise. I realized it's hard to make derisive remarks against something the Lord made, right?!

So very well said - thanks so much!